LGBTQ+ Pride: More than just a Month
LGBTQ+ Pride is more than a month, it’s a movement—a movement that recognizes the resilience and determination of the many individuals who have fought or are fighting to live freely and authentically. For MGO, it offers an opportunity to show support and raise awareness around the issues that the LGBTQ+ community currently faces. It gives the community a chance to promote education and understanding but also celebration—embracing the differences that make us all unique. During Pride Month, it’s common to see parades, street parties, poetry readings, festivals, and more on calendars all around the globe.
The observance of Pride indicates growing acceptance and individuality. Although certain attitudes, prejudices, and injustices remain today, we have come a long way, and by continuing in this decades-long tradition, we continue to raise awareness and encourage inclusiveness.

The Evolution and History of Pride Month and Why it is Important Today
For decades, Pride Month has been celebrated in June across the United States and it includes festivals, parades, and events held to honor the wide spectrum of LGBTQ voices and experiences, as well as draw attention to the issues the community faces today. It’s only recently become official: in 1999, President Bill Clinton declared June as Gay & Lesbian Pride Month; in 2009, President Barack Obama touted June LGBT Pride Month; and on June 1, 2021, President Joe Biden officially announced that June would henceforth be known as Pride Month.
But how did this month-long celebration start? And why June? It began with the Stonewall Uprising in New York City on June 28, 1969. After police invaded a gay club in Greenwich Village, riots and protests—some which lasted over six days—soon followed throughout the city. Protesters were angered at the intolerance they faced—because at that time, “masquerading” as a member of the opposite sex was considered a crime in the city. Most of the people who frequented Stonewall were drag queens or gay men of color.

Two of these patrons and protestors were transgender activists Marsha P. Johnson and Sylvia Riviera, who both played a hand in the riots. They are known today as pioneers for transgender rights. The Stonewall Inn was declared a historic landmark by the City of New York and a national monument by President Obama. Last year, it was announced that a monument commemorating Johnson and Riviera’s efforts will be built in Greenwich Village. The Stonewall Riots truly helped to turn the tides by sparking a shift and increase in LGBTQ+ activism, ultimately opening the public’s eyes to the persecution the community faced for being open about their sexual orientation and true identities. Activist Brenda Howard, known as “The Mother of Pride,” is credited with starting the unofficial Pride Month by organizing Gay Pride Week and the Christopher Street Liberation Day Parade a year after the Stonewall Riots.

As more Americans get vaccinated and COVID-19 restrictions are loosened, 2021’s Pride Month celebrations are well underway. For example, Washington D.C. is hosting a mobile caravan, New York Pride will host both in-person and virtual celebrations, and the Atlanta Pride Run will welcome runners.

As an ally, you can show support by shopping at retail stores giving back to nonprofit organizations that support LGBTQ+ and other DEI initiatives. Some of these stores include Adidas, Apple, Lego, Olay, PetSmart, and Reebok. Visiting local sites where LGBTQ+ history was made, like the Pulse Interim Memorial in Orlando, the Henry Gerber House in Chicago, and the Stonewall National Monument in New York, is another way to get into the spirit. For those MGO employees who live on the West Coast, check out places like the Griffith Park Merry-Go-Round in Los Angeles, which was the meeting point for “gay-in” protests organized to foster acceptance in the late 60s or Pink Triangle Park and Memorial in San Francisco, which is the only freestanding monument in the U.S. to honor the thousands of persecuted LGBTQ+ prisoners in Nazi Germany during the Holocaust. Finally, actively stand against negative attitudes and acts of discriminations that still exist today and support those in your circle who open up to you about their true selves.

Why Rainbow? Dive into the History of the Pride Flag.
The rainbow flag, now widely known as the symbol of Pride, represents a bold, visual representation of the movement with every color of the flag having a special meaning. In a way, its many colors stand for the many diverse identities within the LGBTQ+ community—promoting the idea that everyone should be seen and recognized for who they are.

The original flag was created by artist Gilbert Baker in 1978 at the urging of openly gay politician Harvey Milk. As he later said, “Our job as gay people was to come out, to be visible, to live in the truth, as I say, to get out of the lie. A flag really fit that mission, because that’s a way of proclaiming your visibility or saying, ‘This is who I am!’” However, it was not until 1994 that the rainbow flag was officially established as the symbol for LGBTQ+ pride—it was then that Baker made a mile-long version to celebrate the 25th anniversary of the Stonewall Riots.

But there is more than just one Pride flag. In 2017, the City of Philadelphia redesigned the flag to include brown and black to further promote diversity and inclusion and, the city said, to “honor the lives of our Black and brown LGBTQ siblings.” There is also a Lesbian flag that features shades of orange, purple and pink. The trans flag incorporates light blue and light pink, the colors traditionally given to baby girls and boys at birth, and white, which represents intersex, or a neutral gender.

How Corporations Are Celebrating Pride Month
By now, we are all familiar with QR codes: those little pixelated squares we have been scanning at restaurants since they started opening back up to view the menu. This month, however, some businesses are taking the practice of QR codes a little further: to celebrate Pride.

H&M developed a “web-based scanner app” that will allow users to open the app and scan anything rainbow colored. You’ll land on a web page with powerful stories about LGBTQ+ H&M employees and influencers.

Skittles not only launched a completely gray bag full of completely gray Skittles—reminding us all that there’s nothing more important than the rainbow! —but it also partnered with activist Blair Imani to roll out “QueeR Codes,” which allows users to scan codes on murals commissioned by LGBTQ+ artists around the U.S. to learn about the artists’ stories.

Many other corporations, from Uber to Zillow to Bank of America, have changed their logos to include rainbow colors for Pride Month to stand in solidarity with LGBTQ+ community and further promote inclusivity and equality in the workplace. 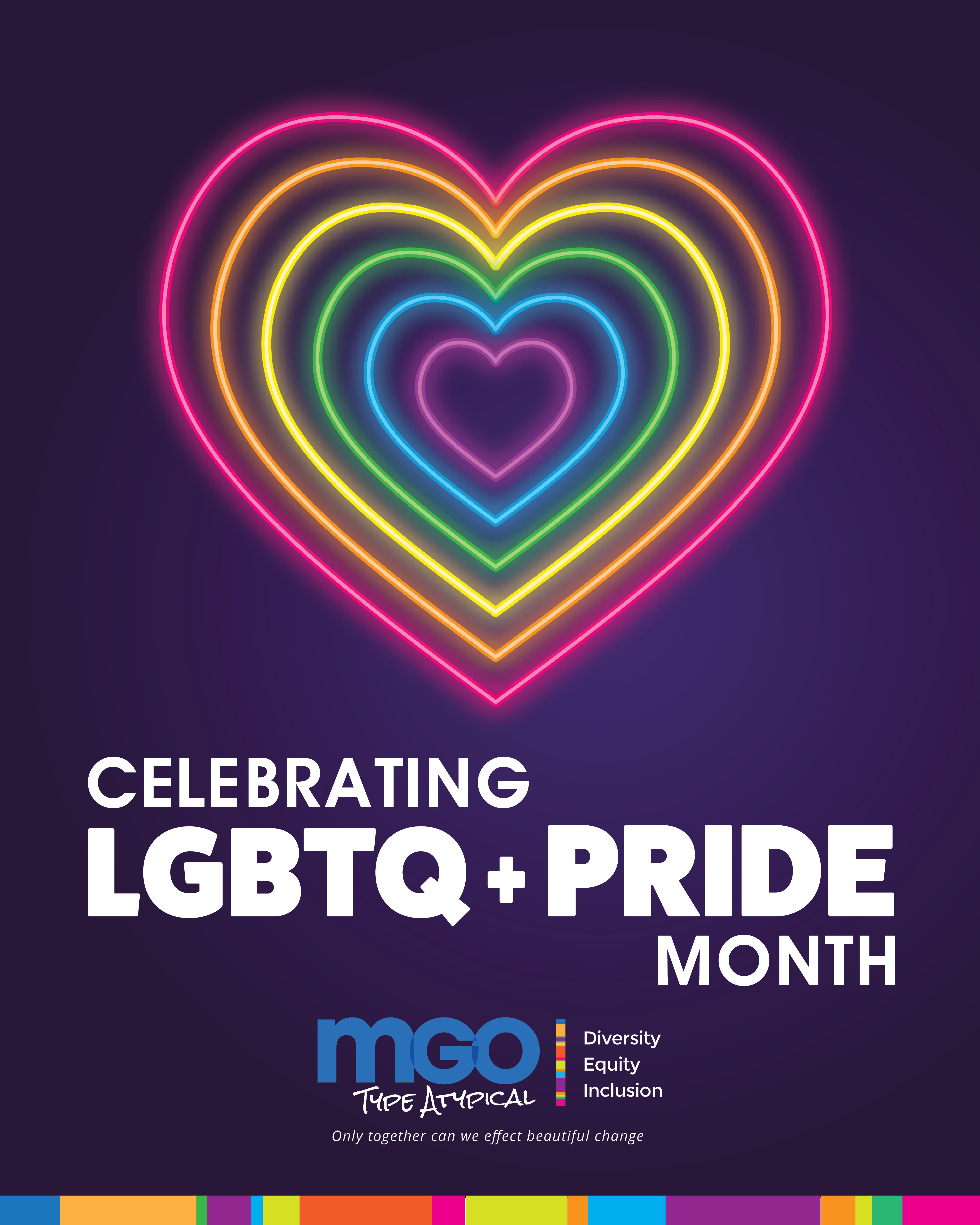