Deal structure can be viewed as the “Terms and Conditions” of an M&A deal. It lays out the rights and obligations of both parties, and provides a roadmap for completing the deal successfully. While deal structures are necessarily complex, they typically fall within three overall strategies, each with distinct advantages and disadvantages: Merger, Asset Acquisition and Stock Purchase.
In the following we will address these options, and common alternatives within each category, and provide guidance on their effectiveness in the cannabis and hemp markets.

Key Considerations of an M&A Structure

Before we get to the actual M&A structure options, it is worth addressing a couple essential factors that play a role in the value of an M&A deal for both sides. Each transaction structure has a unique relationship to these factors and may be advantageous or disadvantageous to both parties.

Transfer of Liabilities: Any company in the legally complex and highly-regulated cannabis and hemp industries bears a certain number of liabilities. When a company is acquired in a stock deal or is merged with, in most cases, the resulting entity takes on those liabilities. The one exception being asset deals, where a buyer purchases all or select assets instead of the equity of the target. In asset deals, liabilities are not required to be transferred.

Shareholder/Third-Party Consent: A layer of complexity for all transaction structures is presented by the need to get consent from related parties. Some degree of shareholder consent is a requirement for mergers and stock/share purchase agreements, and depending on the Target company, getting consent may be smooth, or so difficult it derails negotiations.

Beyond that initial line of consent, deals are likely to require “third party” consent from the Target company’s existing contract holders – which can include suppliers, landlords, employee unions, etc. This is a particularly important consideration in deals where a “change of control” occurs. When the Target company is dissolved as part of the transaction process, the Acquirer is typically required to re-negotiate or enter into new contracts with third parties. Non-tangible assets, including intellectual property, trademarks and patents, and operating licenses, present a further layer of complexity where the Acquirer is often required to have the ownership of those assets formally transferred to the new entity.

Tax Impact: The structure of a deal will ultimately determine which aspects are taxed and which are tax-free. For example, asset acquisitions and stock/share purchases have tax consequences for both the Acquirer and Target companies. However, some merger types can be structured so that at least a part of the sale proceeds can be tax-deferred.

As this can have a significant impact on the ROI of any deal, a deep dive into tax implications (and liabilities) is a must. In the following, we will address the tax implications of each structure in broad strokes, but for more detail please see our article on M&A Tax Implications (COMING SOON). 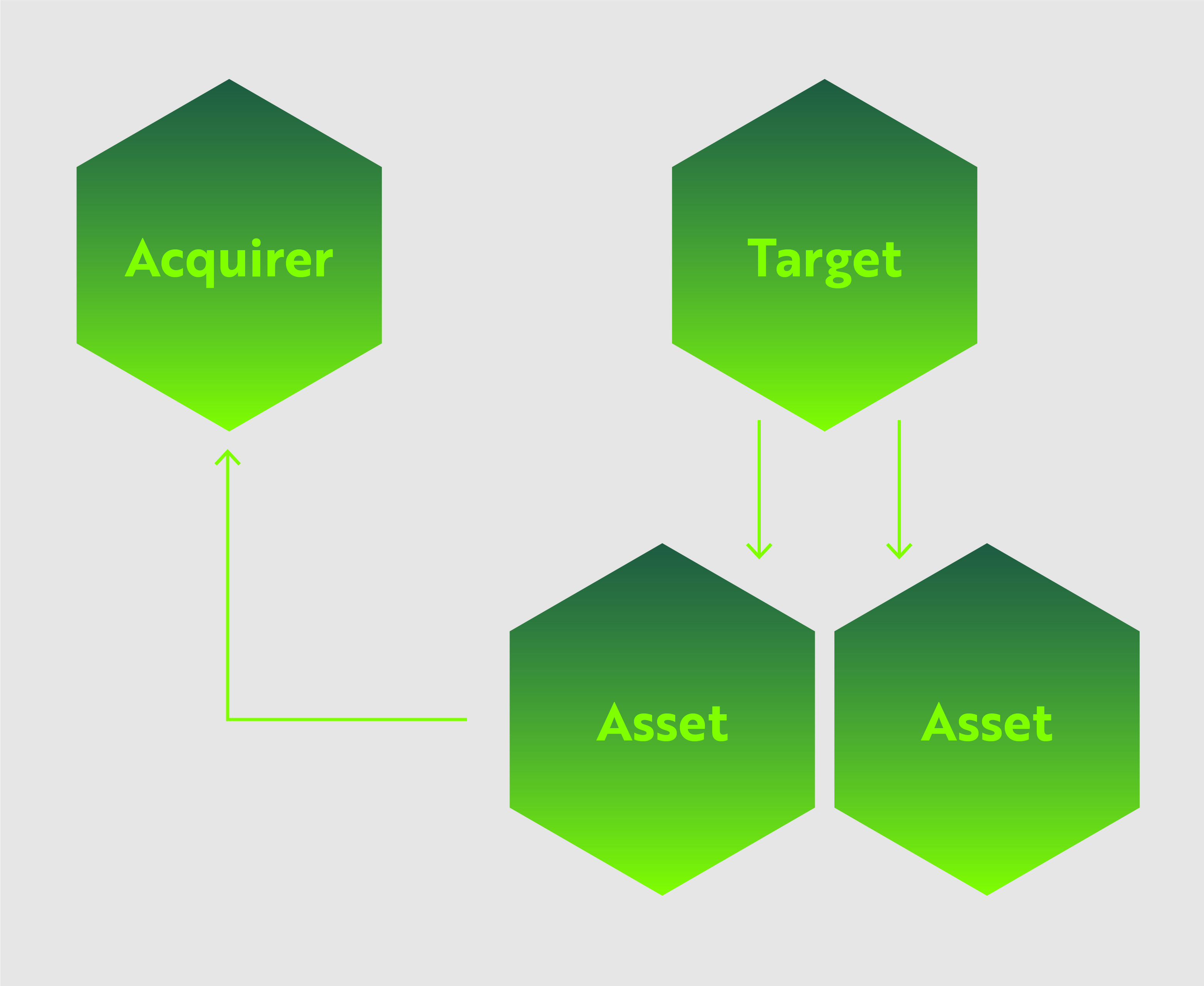 In this structure, the Acquirer identifies specific or all assets held by the Target company, which can include equipment, real estate, leases, inventory, equipment and patents, and pays an agreed-upon value, in cash and/or stock, for those assets. The Target company may continue operation after the deal.
This is one of the most common transaction structures, as the Acquirer can identify the specific assets that match their business plan and avoid burdensome or undesirable aspects of the Target company. From the Target company’s perspective, they can offload under-performing/non-core assets or streamline operations, and either continue operating, pivot, or unwind their company.
For the cannabis industry, asset sales are often preferred as many companies are still working out their operational specifics and the exchange of assets can be mutually beneficial.

Transfer of Liabilities: One of the strongest advantages of an asset deal structure is that the process of negotiating the assets for sale will include discussion of related liabilities. In many cases, the Acquirer can avoid taking on certain liabilities, depending on the types of assets discussed. This gives the Acquirer an added line of defense for protecting itself against inherited liabilities.

Shareholder/Third-Party Consent: Asset acquisitions are unique among the M&A transaction structures in that they do not necessarily require a stockholder majority agreement to conduct the deal.

However, because the entire Target company entity is not transferred in the deal, consent of third-parties can be a major roadblock. Unfortunately, as stated in our M&A Strategy article, many cannabis markets licenses are inextricably linked to the organization/ownership group that applied for and received the license. This means that acquiring an asset, for example a cultivation facility, does not necessarily mean the license to operate the facility can be included in the deal, and would likely require re-application or negotiation with regulatory authorities.

Tax Impact: A major consideration is the potential tax implications of an asset deal. Both the Acquirer and Target company will face immediate tax consequences following the deal. The Acquirer has a slight advantage in that a “step-up” in basis typically occurs, allowing the acquirer to depreciate the assets following the deal. Whereas the Target company is liable for the corporate tax of the sale and will also pay taxes on dividends from the sale. 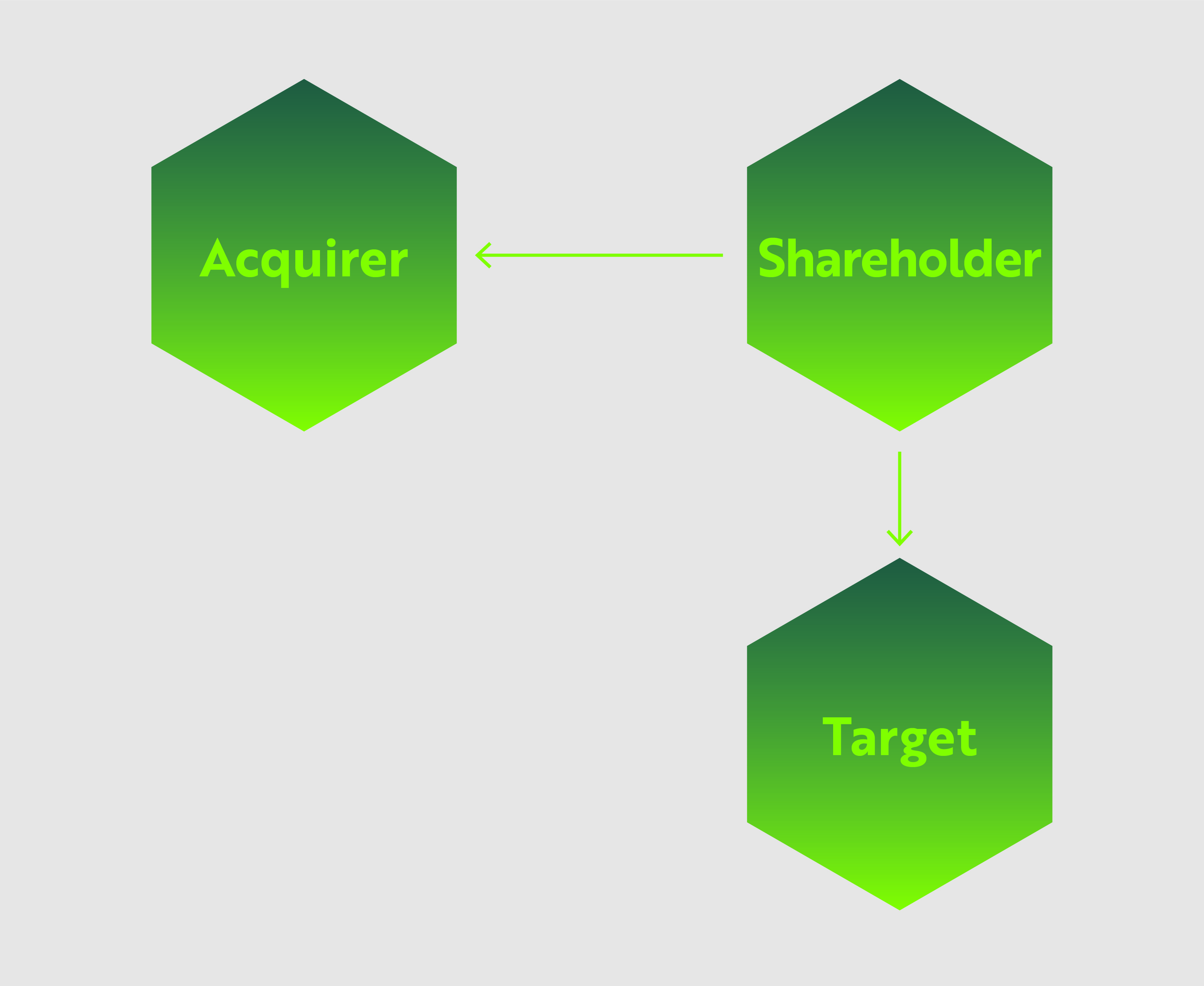 In some ways, a stock/share purchase is a more efficient version of a merger. In this structure, the acquiring company simply purchases the ownership shares of the Target business. The companies do not necessarily merge and the Target company retains its name, structure, operations and business contracts. The Target business simply has a new ownership group.

Transfer of Liabilities: Since the entirety of the company comes under new ownership, all related liabilities are also transferred.

Shareholder/Third Party Consent: To complete a stock deal, the Acquirer needs shareholder approval, which is not problematic in many circumstances. But if the deal is for 100% of a company and/or the Target company has a plenitude of minority shareholders, getting shareholder approval can be difficult, and in some cases, make a deal impossible.

Because assets and contracts remain in the name of the Target company, third party consent is typically not required unless the relevant contracts contain specific prohibitions against assignment when there is a change of control.

Tax Impact: The primary concern for this deal is the unequal tax burdens for the Acquirer vs the Shareholders of the Target company. This structure is ideal for Target company shareholders because it avoids the double taxation that typically occurs with asset sales. Whereas Acquirers face several potentially unfavorable tax outcomes. Firstly, the Target company’s assets do not get adjusted to fair market value, and instead, continue with their historical tax basis. This denies the Acquirer any benefits from depreciation or amortization of the assets (although admittedly not as important in the cannabis industry due to 280E). Additionally, the Acquirer inherits any tax liabilities and uncertain tax positions from the Target company, raising the risk profile of the transaction. 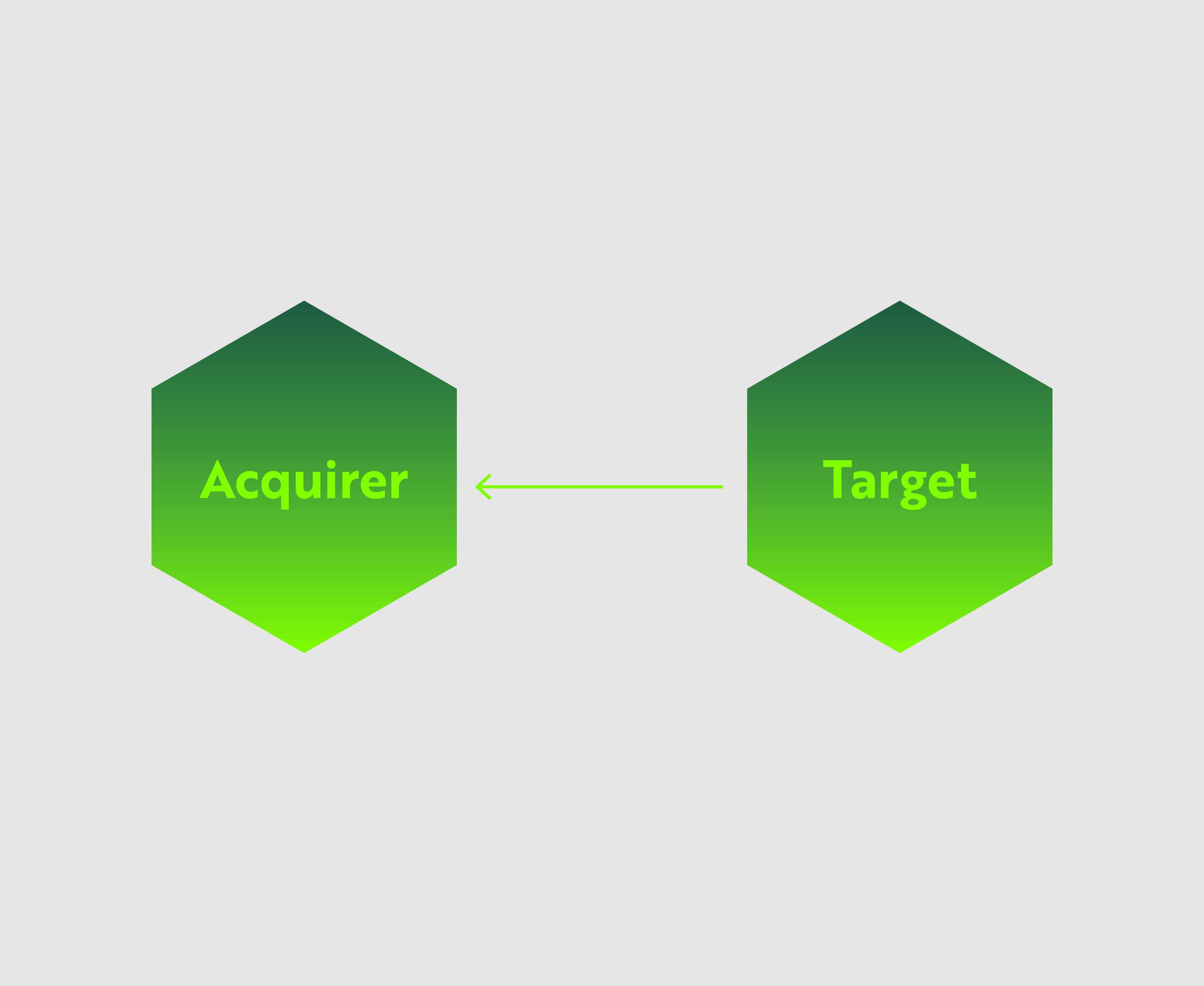 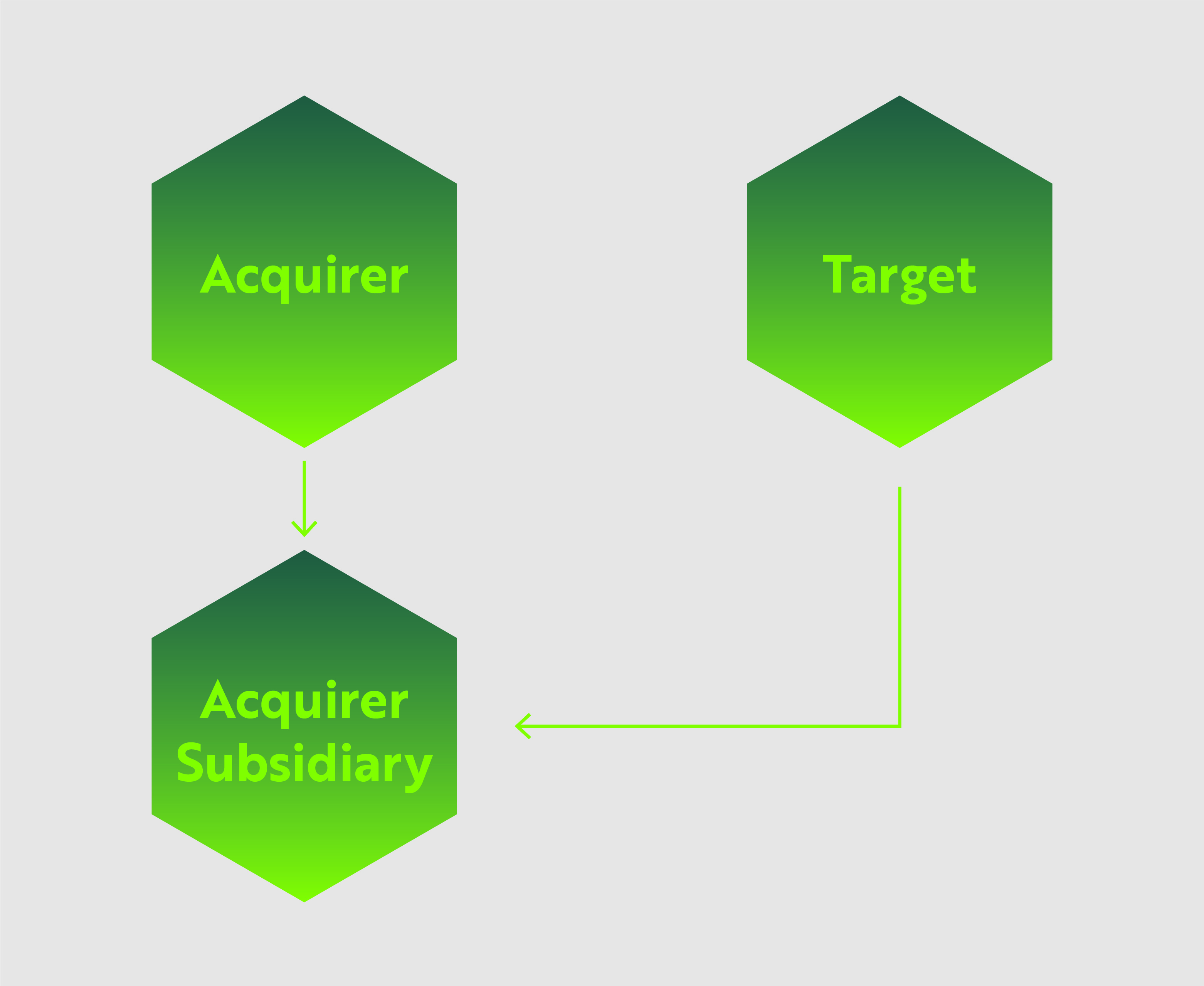 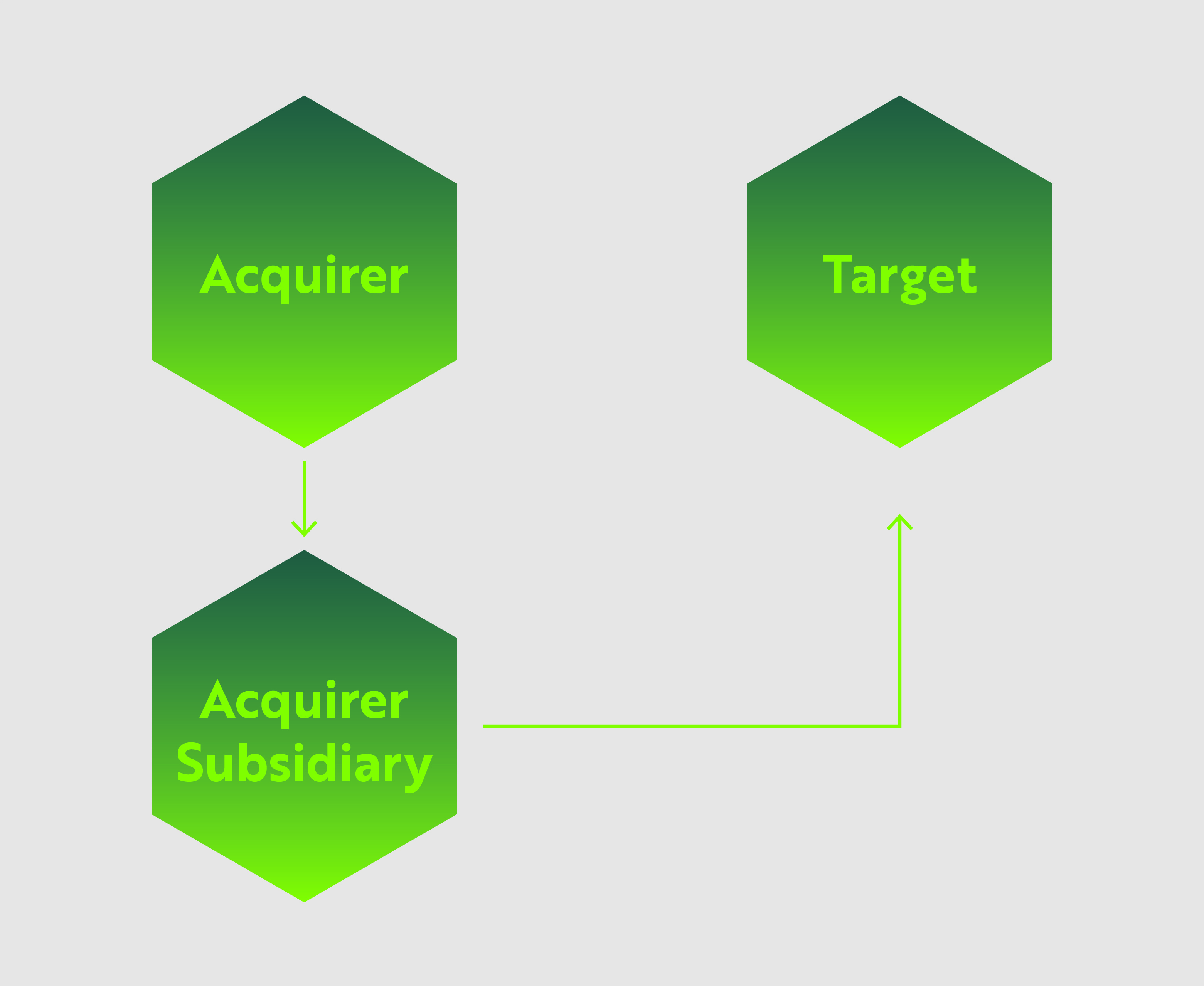 This is one of the most common merger types because not only is the Acquirer protected from certain liabilities due to the use of the subsidiary, but the Target company’s assets and contracts are preserved. In the cannabis industry, this is particularly advantageous because Acquirers can avoid a lot of red tape when entering a new market by simply taking up the licenses and business deals of the Target company.

Transfer of Liabilities: In option #1, the acquirer assumes all liabilities from the Target company. Options #2 and #3, provide some protection as the use of the subsidiary helps shield the Acquirer from certain liabilities.

Tax Impact: Ultimately, the tax implications of the merger options are complex and depend on whether cash or shares are used. Some mergers and reorganizations can be structured so that at least a part of the sale proceeds, in the form of acquirer’s stock, can receive tax-deferred treatment.

Each deal structure comes with its own tax advantages (or disadvantages), business continuity implications, and legal requirements. All of these factors must be considered and balanced during the negotiating process.