Cannabis 50: All of the Lights

Athletes and celebrities are essential to the future of cannabis, hemp, and CBD. As entrepreneurs they are building admirable enterprises, and supporting meaningful causes along the way. They also play an essential role in normalizing cannabis in society, destigmatizing its use, and celebrating its benefits on a national stage.

The Cannabis 50 applauds a range of individuals and organizations infused with star power and using their influence to shape a modern vision of cannabis.

For building an enterprise with purpose
Al Harrington
Founder and CEO of Viola Brands, CA

This NBA star found a calling for life after the league when his grandmother Viola first consumed medical cannabis and found relief from her glaucoma. In the ten-plus years since, Harrington has built Viola Brands into a sophisticated, vertically-integrated, multi-state operator. He has emerged as a model of how an entrepreneur can build a thriving business network with a genuine connection to furthering cannabis culture. He demonstrates his commitment by empowering minority participation in cannabis and supporting medical access and social equity causes.

For furthering the use of medical cannabis to combat opioid addiction
Eben Britton
Co-Founder and Vice President of Athletes for CARE, CA

During his NFL career, former offensive lineman Eben Britton experienced firsthand the benefits of managing pain via cannabis, rather than prescription painkillers. After retiring from professional football in 2014, Britton found a role as a medical cannabis advocate, ultimately co-founding Athletes for CARE (A4C) in 2016, a non-profit organization providing research and education on health issues for athletes. Britton plays an important role at A4C, sharing his experiences on the dangers of painkillers and advocating for sensible cannabis rules in professional sports. In 2019, A4C launched a landmark medical cannabis initiative for athletes in Canada.

Born into a family synonymous with cannabis culture, Jr Gong actively uses his influence to make a positive impact and support cannabis causes. A true renaissance man, his music has an empowering message and celebrates the benefits of medical cannabis. His business projects have also given back, including a collaboration with Ocean Grown Extracts, which converted an abandoned prison into a cultivation facility. Recently he teamed with Steve DeAngelo and others to support non-profit Last Prisoner Project, whose aim is to “seek to get every last cannabis prisoner on the planet out of jail and back to their homes.”

For building a brand that supports cannabis causes
Jim Belushi
Founder of Belushi’s Farm, OR

Just over four years ago, Jim Belushi decided to turn his Oregon ranch into a licensed medical cannabis farm. The actor and musician has since dove into cannabis culture, building a cultivation facility growing cannabis with genuine quality and heart, and emerging as an influential and passionate advocate for the healing power of medical cannabis. Closest to his heart is support for veterans and others suffering from PTSD. Belushi’s Farm is involved with a variety of charities, including Last Prisoner Project, and will be launching an innovative opiate buy-back program in 2020. 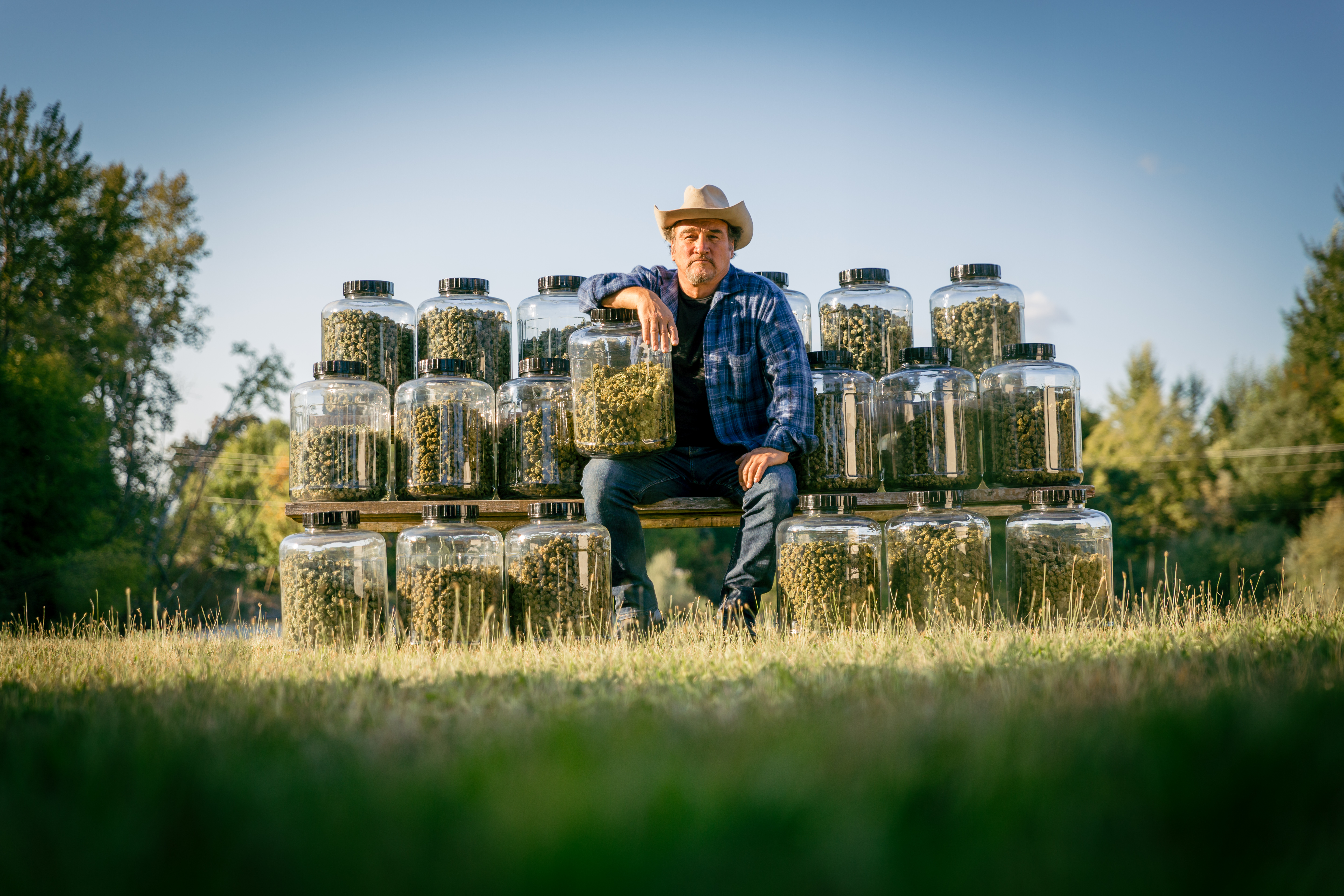 “Everybody in our industry has their own journey but I believe we will all get to the same place, promoting the healing power of
cannabis. It’s a mission from God. We just need to keep the mission in mind, always, and not get seduced by the politics and money. Let the plant lead us in the way we are supposed to go.”

Not all celebrities making a positive impact on cannabis culture are launching their own brands. Outspoken MC and social justice warrior Killer Mike (aka Michael Render) advocates for cannabis legalization and social justice across a variety of national platforms. In 2019, he earned headlines at a panel on free speech when he stated that rap culture doesn’t get enough credit for mainstreaming cannabis. More recently he joined a panel led by presidential candidate Bernie Sanders and offered insight on the impact the War on Drugs has had on minority communities and the importance of creating paths to participation.

In an emerging market searching for identity, Lowell Herb Co. has broken away from the pack with distinctive visual branding and a knack for product innovation. 2019 was a big year for the company. They earned national headlines with the launch of the first cannabis consumption café in Los Angeles, and partnered with CJ Wallace’s Thing BIG to release the Frank White pre-rolls in another eye-popping brand play. They also give back to the community through their Social Equity and Reparative Justice Program, which provides resources and employment opportunities to recently pardoned, non-violent cannabis offenders.

Former NBA-star Matt Barnes is an avid cannabis supporter, bridging the gap between athletes and cannabis culture. With help from none other than Snoop Dogg, Barnes incorporated the Smoke4ACure Cannabis Summit into his long-running Athletes vs Cancer charity event, raising money and awareness for medical cannabis. He has also partnered with the UCLA Cannabis Research Initiative to conduct novel studies on cannabis and athletes. Through a variety of business ventures and sponsorship deals, including the launch of personal brand Swish, Barnes has advocated for de-stigmatizing cannabis use.

Flavor and palatability are crucial factors in the efficacy medical treatments, something cannabis patients know well. Few are pushing the boundaries of flavor more than the “Mistress of Deliciousness” Mindy Segal, a James Beard Award-winning pastry chef. In partnership with Cresco Labs, Mindy’s product lines combine culinary artistry with THC and CBD, creating consistent dosage in highly enjoyable package. In 2019, Segal and Cresco launched a six-state distribution plan that made Mindy’s Edibles one of the most popular consumer products in the industry.

For their leading role as advocates for medical cannabis
Ricki Lake & Abby Epstein
Directors of Weed the People, CA

Perhaps the highest profile act of advocacy in recent years, Ricki Lake and Abby Epstein’s documentary “Weed the People” has exposed millions to the difficulties cannabis patients having accessing care, and the powerful benefits of their
medicine. Lake found her way to advocacy after seeing how alternative healthcare therapies, like CBD oil, helped her late ex-husband. Partnering with director Epstein, the two produced a popular and moving film focused on families who have
utilized cannabis to treat children suffering from cancer, demonstrating the positive impact cannabis has made on their lives.

For being an influential cannabis advocate
Towelie
South Park, CO

As South Park has explored the impact of the legalization and commodification of cannabis, loveable stoner stereotype Towelie has taken an increasingly central role on the show. Leaving his job as a Colorado regulator to work at Tegridy Farms inserted Towelie on the frontlines as the cultivator navigates industry issues and opportunities. From the seduction of venture capital, to innovating new delivery systems, Towlie has time and again proven his “integrity” by advocating for sensible business practices focused on quality and heart. He has emerged as the conscience of an industry in the throes of adolescent growing pains.